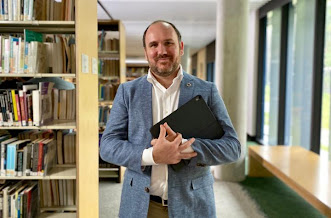 Professor Jon Wardle is a lead editor and author for the Health Technology Assessment – Naturopathy. Researchers from the National Centre for Naturopathic Medicine at Southern Cross University have made an important contribution to one of the biggest global reports developed for the naturopathic profession.

Thanks to funding from the Naturopaths & Herbalists Association of Australia (NHAA), the World Naturopathic Federation worked with the global naturopathic community to compile a Health Technology Assessment (HTA) on Naturopathy, providing an evidence-based summary of naturopathic practice and the safety, economics and effectiveness of naturopathic care.

Professor Jon Wardle, Founding Director at the National Centre for Naturopathic Medicine, is a lead editor and author on this project, in which a number of Southern Cross University researchers collaborated with a group of over 50 authors from ten countries across six world regions. We spoke to Professor Wardle about why the HTA is such a big deal.

Basically, it’s a boring title for a very exciting body of work! This is the official method used by governments and other stakeholders to determine which interventions are effective and useful and should be better integrated into our health care system.

The scope of this HTA on Naturopathy was informed by two bodies of research. A foundational body of work that was led by the World Naturopathic Federation – to fill any gaps in our understanding of the global practice. And then a large portion of the Assessment is based on research conducted by the international naturopathic community over the last thirty years. This encompasses over 2000 peer-reviewed scientific articles, and draws on more than 300 clinical studies involving over 100 different health populations.

Q: Why is this important for the Naturopathic profession?

This report consolidates the research and the knowledge that we have on the naturopathic profession globally. It has been an important opportunity for our profession to define who we are, clarify what we do and summarise the body of evidence that supports our practice.

This is imperative, as it will now enable us to advance our profession and move forward. While highlighting the great work that is being done and our existing role in the health care landscape, the final report highlights our potential, and the work and impact that we could be having if governments acknowledged our contribution and collaborated more closely with us.

Because this research has been conducted and presented in a very strict format that is recognised by the Australian government, the outcomes have increased credibility. Ultimately, the report has been developed for our profession, but written in a language easily understood by government and accreditors.

Q: Were there specific findings that really stood out to you?

This has been an enormous piece of work – presented in a book spanning 754 pages and over 41 chapters. It took two years to write, but it has been a fascinating and enlightening experience for all involved.

We have all been inspired by the realisation of just how much evidence there is surrounding naturopathic practice. It highlights how much naturopathy and research into naturopathic medicine is generating new knowledge for the health care sector. For example, there are whole sections on the role Naturopathy has had in integrative oncology, in the gut microbiome and in psychology.

This is important, because not only does this research show naturopathy can be an effective and safe intervention, but it also shows the research leadership role naturopaths are playing not only in integrative modalities, but in public health and clinical medicine more broadly. This HTA wasn’t a simple review of therapies used by naturopaths, but rather a review of research on naturopathy, by the naturopathic community, in naturopathic settings. It really shows that naturopaths punch well above their weight in the health and medical research community.

Q: What are the next steps? How will the HTA now be used to shape and advocate for the naturopathic profession?

At the National Centre, we are focused on building credibility, respect and recognition for naturopathic, integrative and lifestyle medicine professions and this report will be a key tool in our advocacy work.

This is a resource for naturopathic organisations, individuals or institutions to take to governments, local health districts and whoever is making the decision about whether Naturopaths should be involved in health services. It is in a format that is translatable and applicable for governments – so we can take it to those important decision-makers and say – ‘let’s talk about how we can integrate naturopathy.’

And when they ask about the safety of naturopathy, the cost effectiveness and the potential outcomes – we have this valuable summary of research here to back ourselves with. This assessment is not a PR exercise. Where problems do exist or treatments may not be safe or effective, we’ve been honest about those. This is about quality improvement and lifting to the highest standard.

Where solutions do exist, we’ve identified them. For example, the number one thing governments can do to improve standards of practice, increase effectiveness, and reduce the risks of naturopathy is to regulate the profession. Our research shows this, the World Health Organization agrees, yet Australia remains one of the few countries with a significant number of practitioners, that don’t regulate naturopaths. This work not only highlights that this should be done as a matter of priority to improve standards of care and protect public safety, but it also shows that internationally, there are a number of successful models Australia can draw from.

The HTA will also be a valuable resource for both our students and our network of professionals. A lot of the information contained in the final publication is incredibly interesting for the profession itself, providing a consolidated resource on naturopathic practice. The findings will also serve as an important guide for educational institutions like the National Centre, when developing and reviewing curriculum.

We are really looking forward to sharing real time examples of this as we progress.

A full PDF version of the Health Technology Assessment – Naturopathy can be accessed here, along with a synopsis of the HTA translated into seven different languages. A hard copy version of the book can also be purchased from the World Naturopathic Federation.

The National Centre for Naturopathic Medicine at Southern Cross University is an internationally recognised centre of excellence and innovation in naturopathic medicine and health education, research and practice. We create, promote and advocate a strong culture of incorporating evidence-based science into healthcare education and clinical practice.

This website uses cookies to improve your experience while you navigate through the website. Out of these cookies, the cookies that are categorized as necessary are stored on your browser as they are essential for the working of basic functionalities of the website. We also use third-party cookies that help us analyze and understand how you use this website. These cookies will be stored in your browser only with your consent. You also have the option to opt-out of these cookies. But opting out of some of these cookies may have an effect on your browsing experience.
Necessary Altid aktiveret
Necessary cookies are absolutely essential for the website to function properly. This category only includes cookies that ensures basic functionalities and security features of the website. These cookies do not store any personal information.
Non-necessary
Any cookies that may not be particularly necessary for the website to function and is used specifically to collect user personal data via analytics, ads, other embedded contents are termed as non-necessary cookies. It is mandatory to procure user consent prior to running these cookies on your website.
GEM & ACCEPTÈR